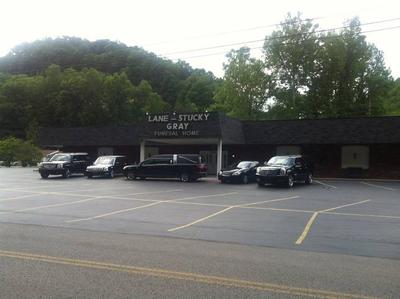 Michael R. Gray Funeral Home has been a part of Morehead and Rowan County for many years. Providing funeral, burial and cremation services to the families of this area in the most up-to-date facilities.

Lane Funeral Home was founded by Clark and Lucy Lane in 1934. They played an important part in the growth of our town and Morehead State University. The original funeral home was located on the site of today’s U.S. Bank.

In 1939, Clark Lane’s nephew, William C. “Bill” Lane joined the firm and played a vital part of the success of the funeral home. Bill Lane passed away in February 2007.

In 1956, the funeral home moved to its second location in what was known as the Drew Evans’ home and operated there until 1977 when a new modern facility was built on Old Flemingsburg Road. At that time, the Lane Funeral Home merged with Meredith and Betty Kegley Stucky of the Stucky Funeral Home and become known as Lane-Stucky Funeral Home.

In September 1986, Mike Gray joined the firm to continue the tradition of excellent service that has made the funeral home the areas most respected. In 1995, he purchased full ownership and Gray was added to the funeral home name.

Michael R. Gray Funeral Home has been an avid supporter of churches, the school system and the university and continues today as a vital part of the community.